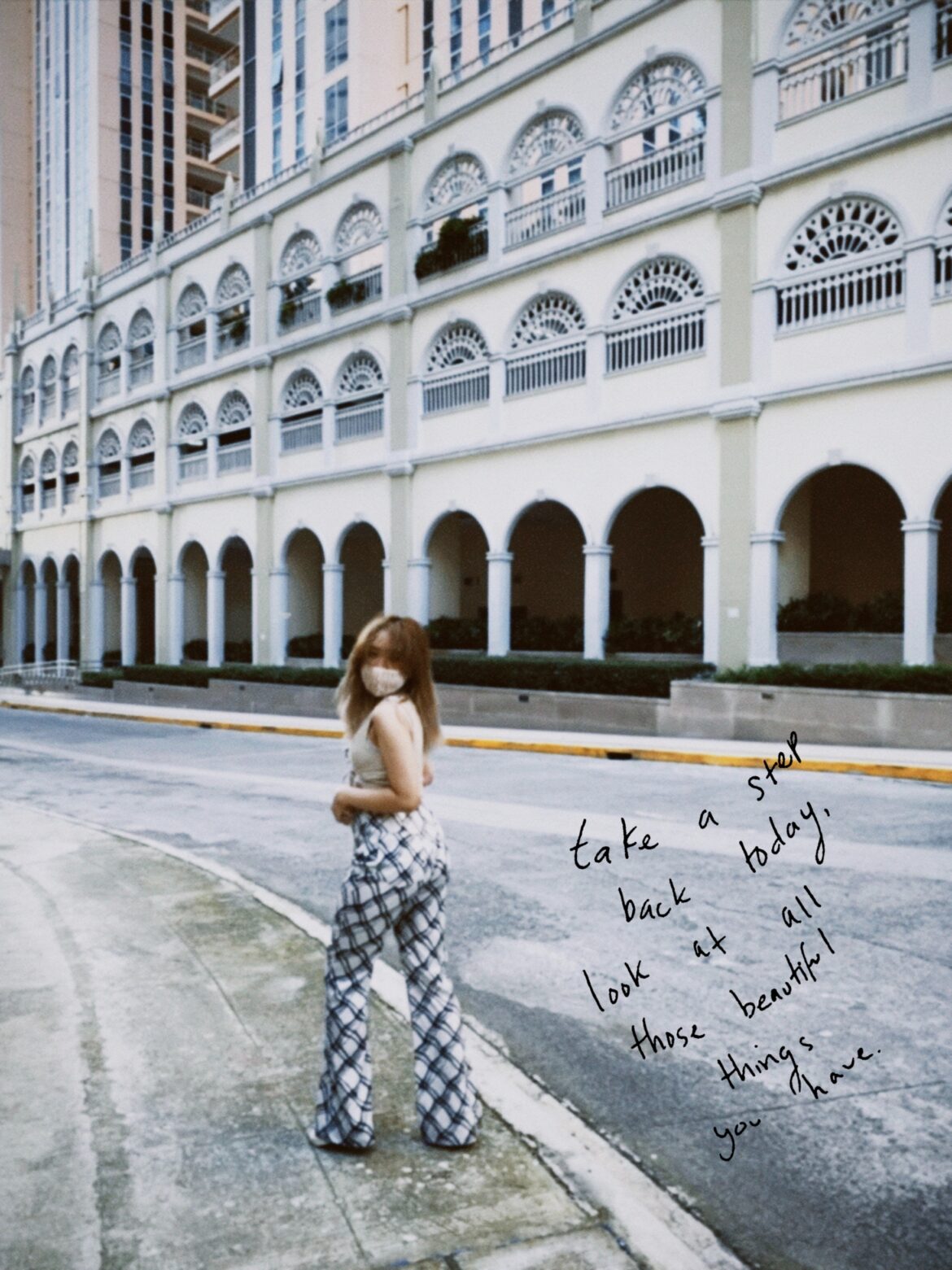 When one door closes, a window opens.

Lately I’ve been thinking a lot about intentionality.

I’ve been thinking about how when I first started using Instagram for business, I promised myself I would never turn into a sellout for the sake of clout.

Truth be told, I don’t really have any clout to speak of now, but I do definitely have a comfier spot in the blogging industry today than I did 3 years ago.

Looking back at my first few campaigns, I feel nothing but immense gratefulness for all the brands who trusted this little newcomer taking photos in a highly stylized version of her small bedroom. Dove, Pond’s, and Colgate were my first three international projects, and I’ll always be indebted to their PR team who believed in me back when it was really only just my family who believed in my craft.

Today, I am incredibly blessed to say I’ve worked with some of my bucket list brands like Swarovski, Esteé Lauder, and Maybelline, as well as starred in a digital ad commercial for St. Ives.

Without these brands, I never would have found my way in the radar of all the other businesses I have been blessed with to collaborate now.

But recently, I’ve found myself blindly agreeing to nearly every campaign that has come my way, regardless if it truly represented me as an individual. I’ve said yes to brands I’ve never used, and vouched for products I had only ever unboxed. I’m ashamed to admit it, but this is the reality of losing sight of what’s important in an oversaturated industry like the “influencer” biz.

Sometimes the allure of “making it big” becomes more important than producing sincere and authentic content. I see it not only in my own actions, but in what has become normalized in this job. The amount of giveaway accounts that live rent free in my message requests has left me feeling like a tenant with too many guests who have overstayed their welcome. These accounts promise you an instant boost in following within one week for the neat-o price of P5,000, or P10,000 for those opting to be a “secret sponsor” (aka someone who doesn’t want proof of the giveaway in their account).

Now, I’m not here to judge anyone who has chosen to go down this route— I know that different people engage in these for different reasons. Instead, I look at the influx of these kinds of giveaways as a reflection of the very raw and carnal desire of many creatives to appear “famous” instantly in order to be taken seriously that the influencer culture has propagated for much too long. If the pressure to be validated by numbers didn’t exist, neither would these follower-buying mechanisms. It saddens me to think about how so many individuals can feel pushed to avail of these offers just to get a semblance of appreciation for their work because of how badly the algorithm has failed them.

It is widely known that many PR agencies choose their influencers solely based on your follower count— plenty don’t care about low engagement, because as long as you look like you have the capacity to reach 10,000 people (even if those people only follow you in hopes of being the next winner of an iPhone 11 Pro), you’re sure to land a spot on their list. This can lead small yet hardworking creators to contemplate these easy-growth tactics for instant gratification, because— here’s an unpopular opinion— sometimes organically gaining followers has more to do with fitting societal standards and luck than actual hard-work and talent.

Then there’s the Brand Ambassador searches. Everyone wants to be an influencer, and many small businesses nowadays are taking advantage of this by hosting BA searches that require 1 purchase in exchange for an entry to the contest. I’ve heard too many horror stories of creatives spending thousands of pesos on these campaigns, only to realize months later that the brands actually already pre-planned their ambassador roster beforehand and never had intentions of choosing from those who entered their search. It was all just a manipulative marketing ploy that preyed on innocent creators trying to get a footing in the industry in exchange for a flurry of sales.

That’s the problem with success in social media— we stand on a fine line between being starry eyed for the dream and being blinded by deception.

When Tricia Gosingtian announced her exit from the blogging world in 2018, her final post detailed the downfall of social media from her perspective. She talked about how the art of content creation slowly turned into the pressure of churning out marketable post after marketable post instead of crafting sincere capsules of creativity. At the time, I couldn’t imagine there would ever come a day where I wouldn’t find joy in planning my little flatlays for Instagram, but here I am 3 years later, not even a third of the viral sensation Tricia has become, yet incredibly burnt out myself.

Now don’t get me wrong— at the peak of my creator’s block, I took a break from crafting content to focus on nurturing a new mindset. This period allowed me to refocus my vision, so the things you see me post online today are already a product of a month’s worth of regrouping and recalibrating. I’m in a much better place creatively than I was last December, so I feel now is a good time to share my thoughts with you.

I could try to explain to you what’s been going on in my head in a very organized and streamlined manner, but instead I will just let this excerpt from my journal entry do the talking.

I’ve always believed that there was something in me worth sharing, but the longer I live in this virtual bubble of influencers sprouting left and right, the less I feel like anything I say could still be of value to someone. Anyway, in this day and age, just about everyone’s got a 10% discount code on their Instagram stories. What makes me any different?

That being said, I’m taking a page from Tricia’s notebook by saying that I will no longer be contributing to the noise. That’s not to say that I’ll be leaving the blogging world too, but rather, I’m leaving the oversaturated world of being an “influencer”.

I want to focus on being a blogger that works with brands who truly represent who I am, not just who’s willing to pay me or send in products. I am no longer identifying as an “Instagram influencer” because at this point, it only reminds me of a version of myself that has fallen prey to the hands of consumerism. I don’t want to “influence” people to spend on things they don’t need, I want to inspire people to explore the world of fashion one conscious decision at a time. This isn’t to say that I’m closing my doors on working with brands I love, rather that I’m opening a window to finally breathe. I am leaving behind insincerity and clout-chasing, and welcoming true authenticity.

But don’t worry, that doesn’t mean I’m going to stop hitching you guys with the best deals or collaborating with businesses I believe in. I simply want to focus on sharing my life, my love for fashion, and brands I love in the most artistic way possible. With that being said, I want to make it clear that I am not leaving behind content creation, just the toxic “influencer” culture that has become attached to it.

I entered this industry ready to wield my weapons of mass creation, but somewhere along the way, came out as another person’s weapon for mass production; so today, I am finally ready to take back my power—

Today I say goodbye to being a walking ad, and hello to becoming moving art.